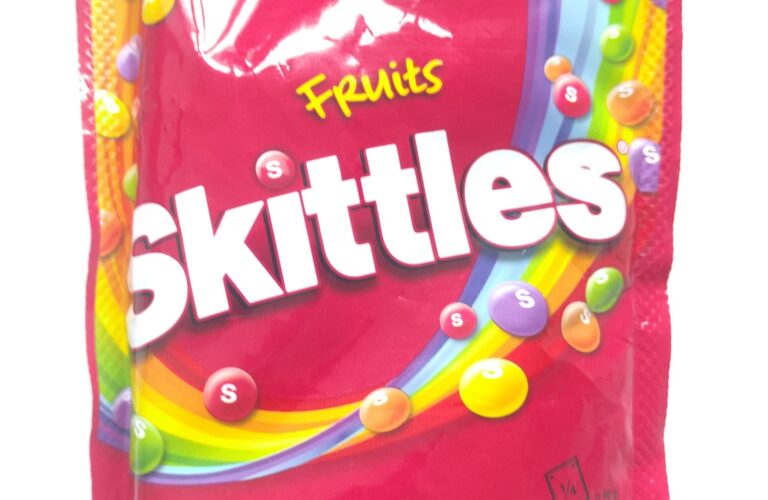 Since 1974, Skittles have been made in England. Three years after the North American launch in 1979, the manufacture also took place, primarily in the USA. There, the product immediately became well-liked and began to be disseminated more widely outside.
Today, Skittles and other Wrigley products may be found in almost 180 different countries. Skittles are now more frequently seen in the selections of different retail chains. Are Skittles halal? 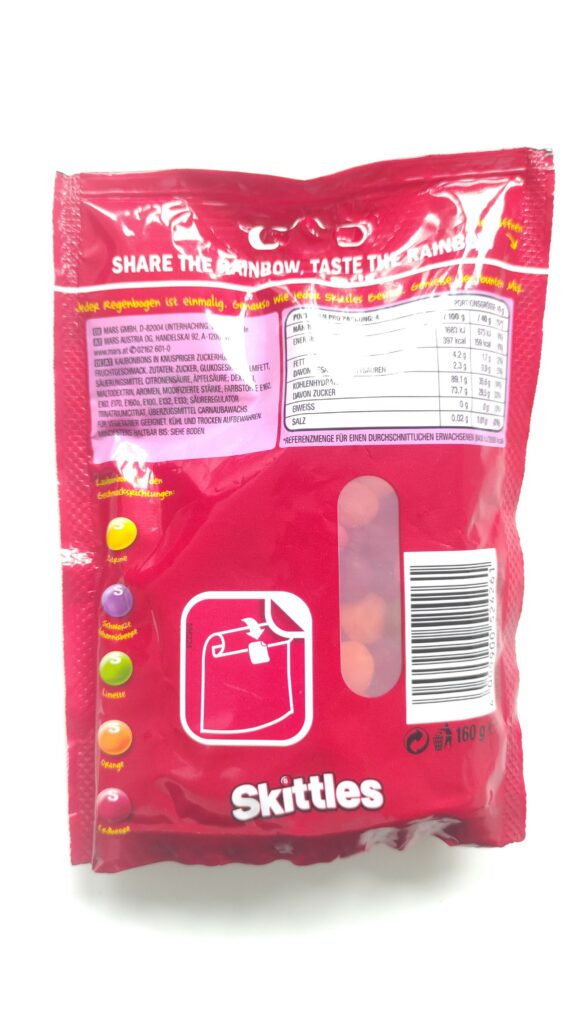 Yes, Skittles are halal and suitable for vegetarians. Skittles do not contain pork gelatine. 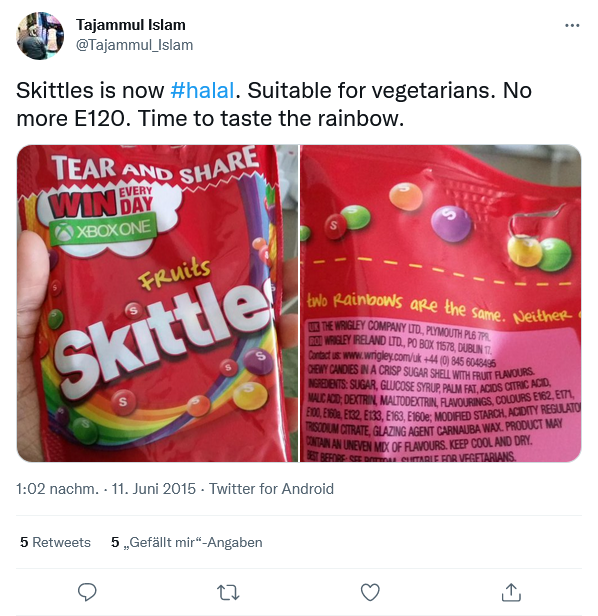 What are Skittles made of? How are Skitlles made?

Skittles are a little, spherical, chewy candy in various colors.

The slogan “Taste the rainbow” has been used frequently by Skittles to emphasize the candy’s vibrant colors. Although they resemble their M&M relatives, which are more chocolate-flavored, Skittles are fruit-flavored and fill a different market niche. Skittles provide a considerably more tasty and chewy experience than other little, bright candy like Reese’s Pieces, which would lead you to expect a chocolate flavor. Skittles approach the candy industry from a rather unique perspective; despite tasting different, they look very similar to their “competition.”

The primary ingredients of Skittles remain the same despite flavor variations. Each Skittle contains roughly 98% sugar, corn syrup, and hydrogenated palm kernel oil, just like many other candy items. Apple juice concentrate, citric acid, dextrin, ascorbic acid (vitamin C), and other natural and/or artificial coloring and flavoring additives are examples of additional components.
Depending entirely on the type of Skittle, different coloring and flavoring ingredients are employed.

Can Skittles cause cancer?

There is information circulating on the Internet that Skittles causes cancer. Of course, the main problem is Skittles candy. But we have all heard or read somewhere about the effects of sugar on cancer.

According to cancer.net moderate sugar consumption as part of a healthy diet does not increase the risk of developing cancer. However, consuming too much sugar can result in obesity, which is a risk factor for cancer, or improper eating habits.

Besides that, if you want to know more about meat and the effects of meat consumption on diseases and cancer, you should check out this article.

When were Skittles first sold?

According to Wikipedia, the first Skittles were made and sold in England in 1974. Skittles was introduced into the United States in the year 1979.

No, however, consuming too much sugar is very unhealthy.