Is it possible to achieve top performance without animal protein? Vegan athletes like Lewis Hamilton and Venus Williams show how. One of the most successful athletes in the world is Novak Djokovic. Is Djokovic vegan? 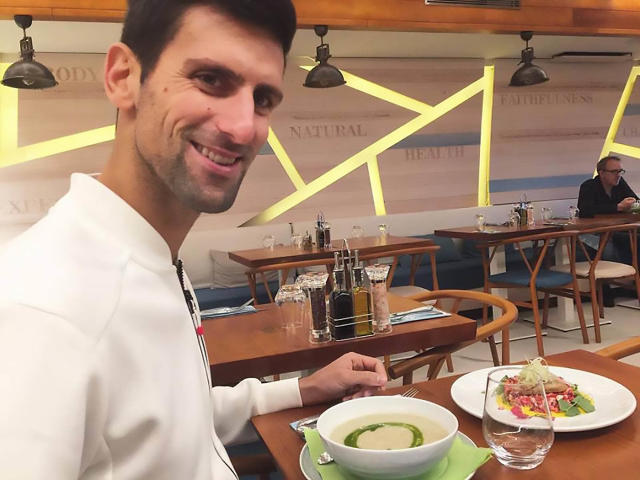 For Lewis Hamilton, giving up animal products is not a question of wanting to. Instead, for the world’s best Formula 1 driver, it’s about survival. “The vegan diet is the only way to really save our planet,” he posted on Instagram. In 2017, the Mercedes driver changed his diet, and it has not harmed his performance.

There are many reasons for changing one’s diet. Olympic tennis champion Venus Williams, for example, abstains from meat, dairy products, and the like due to an autoimmune disease. ”

„I started [following a vegan diet] for health reasons. I was diagnosed with an autoimmune disease, and I wanted to maintain my performance on the court. Once I started I fell in love with the concept of fueling your body in the best way possible. Not only does it help me on the court, but I feel like I’m doing the right thing for me.  …” Williams told Health Magazine.

Yes, Djokovic is vegan. Sixteen-time Grand Slam champion Novak Djokovic has a different drive, but doesn’t like the label “vegan.” “I eat a plant-based diet. I think that’s the reason why I regenerate so well. I don’t have allergies anymore and I like that,” said the tennis world number two.

One more piece of proof that you don’t need animal protein to be a successful athlete.

There is another athlete who was inspired by Novak. Bernard Tomic announced that he was inspired to go vegan by 20-time Grand Slam champion Novak Djokovic. Djokovic is one of the most accomplished players in tennis history and he has always been very strict about his diet.