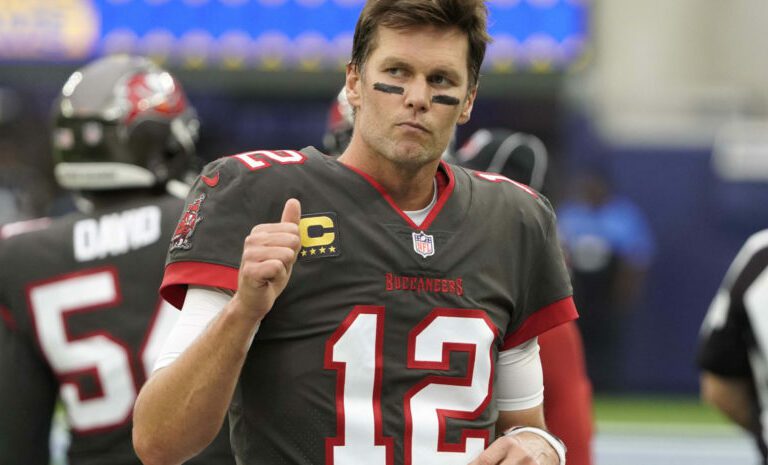 It is wondered which diet many famous names adopt. It is wondered what the people who follow a routine and need to stay healthy and strong consume when they adopt a vegan diet. One of these names, Tom Brady, is a successful sportsman. As a quarterback in American football, Brady has been the most valuable player 5 times. The nutrition routine of the 44-year-old famous sportsman was also revealed by Insider in this context. Is Tom Brady vegan?

When it is said that athletes are adopting a vegan diet, it is indeed considered unlikely. Tom Brady, on the other hand, has a unique and special diet. Whether this diet is vegan or not will be explained later in the article. Keep reading.


A lot of opinions have been expressed on the subject, but Tom Brady is not a vegan.

According to Business Insider, Brady stated that his body used to hurt all the time when he was 25. That was his wake-up call to make a lifestyle change in order to keep playing football. Suffice to say his lifestyle change has helped him stay on top of his game well into his 40s, when most players would be retiring.

Adopting this diet and adhering to a very strict diet, Brady basically eats 80 percent plant-based foods. The remaining 20 percent consume lean meat from grass-fed organic animals. The wife of the famous athlete is the world-famous ex-model Gisele Bündchen, who is at least as famous as him. He specifically states that he does not give up his 80 percent to 20 percent diet even when he is on vacation with his wife.

However, like everyone else, Brady does not follow this diet on some days. In an interview with Men’s Health, Brady stated that he doesn’t restrict himself from something he really wants. That’s why sometimes he goes out of this diet with pizza and other times with different foods.

The famous football player also has his own private chef. Allen Campbell says that Brady’s diet and his family’s nutritional routines have been pretty consistent. On the other hand, Brady adheres to a very strict fitness program as well as establishing a nutritional routine to stay healthy. This is also related to the fact that he is an athlete, but Brady often emphasizes the importance of an active life apart from a good nutrition program in order to stay healthy and young.

According to Sportscasting, As Brady has aged, he’s switched his workout routine from using heavy weights to resistance bands to reduce the risk of muscle tears. His 40-minute workout consists of squats, planks, lunges, and crunches, all for muscle flexibility. The workout is then followed by another message focused on flushing out lactic acid that builds up during exercise.

Another myth was that Brady adopted a very strict diet because he did not eat strawberries. As explained by TB12Sports, Brady doesn’t like the smell of strawberries, so he doesn’t prefer to eat them.

‘’One plant-based food Tom Brady avoids, however, is the strawberry — and for a long time, the world wasn’t sure why. In fact, until a 2018 episode of the Colbert Report, Brady had never eaten a strawberry. While many people believe Tom Brady’s eating habits are “ultra-strict” (even though – as you’ll see below – the truth is very different) the real reason Brady doesn’t eat strawberries has nothing to do with nutrition. He just doesn’t like the smell.’’