Home/Blog/What is vegan leather made of? 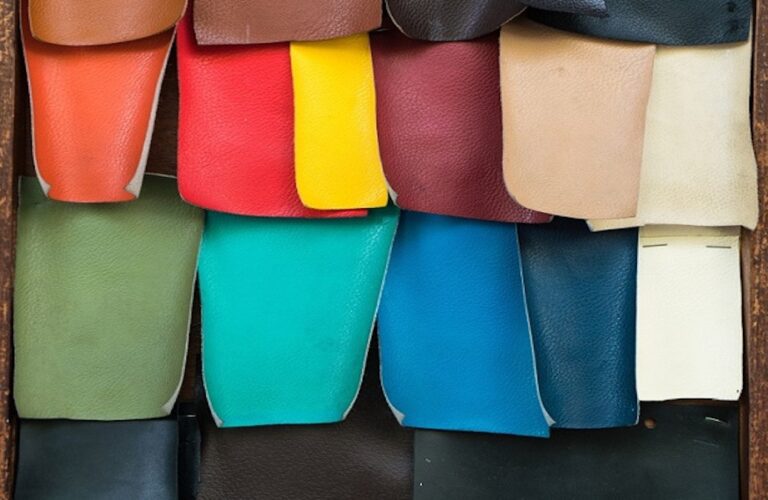 Veganism requires a higher level of motivation. If you are vegan for the animals, avoiding meat and dairy products is not enough. In the next few weeks, we will share with you more information about veganism and how you can reduce your environmental impact on the planet. In this post, we will answer the question: What is vegan leather made of?

Vegan leather is made from plant-based materials. There are no animal products, however, there are fiber and plant-based components.  Means, that vegan leather is a material that mimics real leather but is created from artificial or plant products instead of animal skins.

Not only new vegan brands but also old luxury brands began to produce and launch vegan leather products. This contributed to the development, change, and progress of the fashion industry. Over the years, a growing number of luxury fashion houses like Gucci, Saint Laurent, and many others have announced a commitment. On the harm of fewer animals and the promotion of the development of vegan products.

The most commonly used materials for synthetic leathers are polyvinyl chloride (PVC) and polyurethane (PU), which are plastic-based materials. For example, pineapple leaves, cork, apple peels other fruit waste and recycled plastic. In some cases, cactus can also be used. This is where creativity comes into play.

Recently, Stella McCartney has decided to use only vegan leather in her collections. This is a very good idea because vegan leather is so versatile. Vegan leathers can be an alternative to leathers not only in the clothing industry but also in accessories and other daily areas. Not only does vegan leather make you look good, but it also makes you feel good because it’s cruelty-free. You can also find vegan leather shoes, boots, coats, handbags, bags, and leather car seats to use. 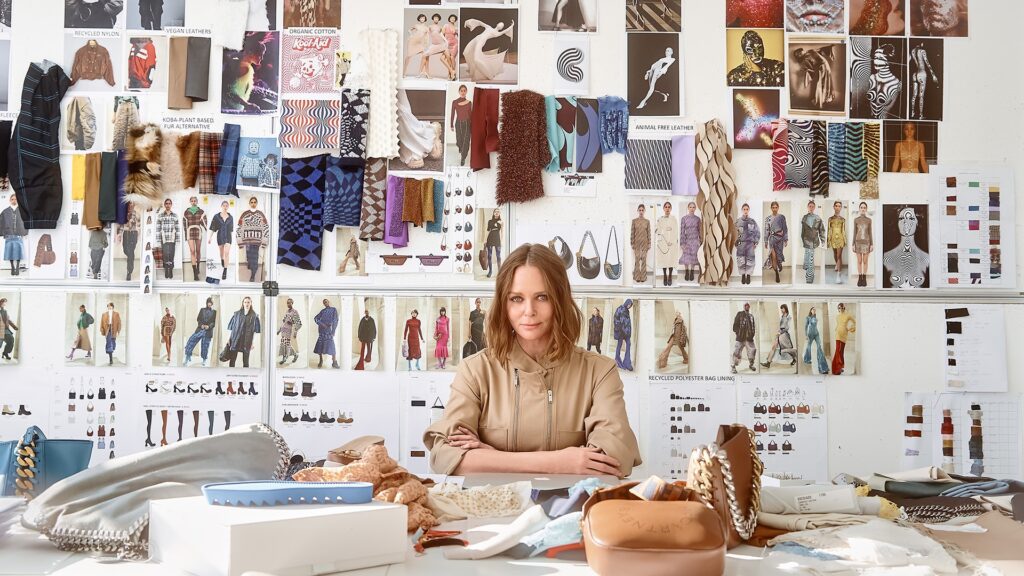 Providing blood-freezing information in Peta, ‘’More than a billion cows, pigs, goats, sheep, alligators, ostriches, kangaroos, and even dogs and cats are cruelly slaughtered for their skins every year. The tails and horns of many of these animals are cut off without painkillers, and some are even skinned and cut apart while still conscious. By contrast, vegan leather offers a killer look without any killing.’’

There are some criticisms directed at vegan leather. It is said that the production of some vegan leathers used can be dangerous for the environment. To prevent this, much more natural materials should be used. Alternatively, solutions such as moss, mushrooms, and pineapple leaves are suggested.

The biggest obstacle to vegan leather production is the different chemicals used in the production of synthetic leather. Vegans and environmental advocates recommend reducing the use of PVC used in different processes. It emphasizes the importance of producing vegan leather from natural materials. It has been described by Greenpeace as the “single most environmentally damaging type of plastic”.

Is vegan leather worse for the environment than real leather?

This is highly controversial and scientific research is still ongoing. According to research data from HarpersBazaar:

‘’The adoption of Veganuary in the UK alone is expected to have saved the earth’s atmosphere from the equivalent production of CO2 as 450,000 flights from London to Berlin, as well as 2.5 million liters of water, according to a study by a professor at the University of Oxford. This is the impact of just 31 days. More permanent adoption of veganism would, according to another study from the university, be the “single biggest way” to reduce our environmental impact, lowering an individual’s carbon footprint by 73 percent.’’

“It’s not without environmental concerns,” Sandor says. “However there’s reasonable ground to state that the environmental impact of producing vegan leather is lower than real leather.”

The Environmental Profit & Loss, a sustainability report developed in 2018 by Kering, agrees with Sandor’s claim, stating that the impact of vegan-leather production can be up to a third lower than real leather.