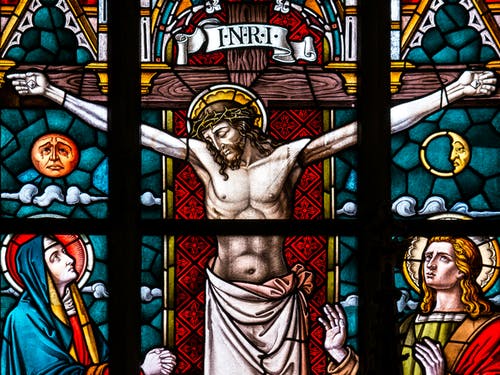 We all grew up eating meat, going to zoos, or wearing leather clothes as children. Some of us decided to go vegan in later life with what we learned about animal food. We’ve already listed celebrities who have adopted the vegan diet for you. Now we’re going to talk about whether Jesus was vegan or not. Was Jesus Vegan?

When we look at religious texts, we find that Jesus was a vegetarian. Because Jesus was a prophet, we know that he adhered to a teaching that is full of life, free of violence, and devoid of bloodshed. As a result, given the animals were killed solely for their meat or fur, it is possible to say that Jesus “feeds on a plant-based diet away from meat.”

As it wrote at Peta Lambs, “The historical Jesus would have completely rejected the casual torture and killing of animals.”

There was no definition of vegan diet centuries ago. Some people adopted and implemented a plant-based diet. There was no definition for ‘vegan’ in languages such as ancient Greek and Latin. A definition was first made in English in 1944 with the establishment of the Vegan Society. Normally, it was important not to harm animals in religions such as Buddhism and Hinduism. The first reference to the idea, which focuses on not harming animals, was made with the Sanskrit term ‘ahimsa’.

Veganism is not about purity; it is about compassion, “which seeks to exclude, as far as is possible and practicable, all forms of exploitation of, and cruelty to, animals for food, clothing or any other purpose,” as the Vegan Society defines.

It’s said, Jesus and the early Christians rejected violence against animals, but the later church abandoned this teaching. References to eating meat, which the Roman church added to its teachings, led to an increase in meat consumption in antiquity. While some Christian teachings contain highly contentious views arguing that animals are tortured and thus should not be eaten, it is also stated: ‘How can you object to eating meat when our Lord himself ate meat?’

An article by Peta Lambs cites: “Jesus’ disruption of the animal sacrifice business in the temple shows that Jesus not only believed in this principle himself but was also willing to die for it. It was this incident which led to his arrest and crucifixion.”

Some of the foods that Jesus ate:

In case you were wondering, a typical Passover meal is described in Exodus 12, and the meat they ate was lamb